Keyshia Cole is not pregnant; she was trolling her body shamers 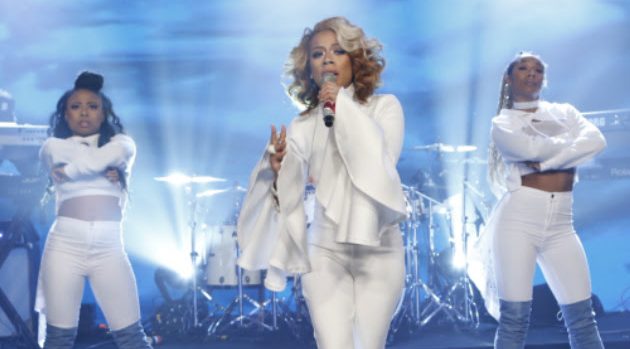 ABC/Randy HolmesAfter causing fans to believe she was pregnant with an Instagram post last week, Keyshia Cole says she’s not expecting and made the false announcement to troll her body shamers.

When the 36-year-old singer posted a photo of herself with the comments, “#PreggoInMyFashionnovaFit,” and “#CongratulationsAreInOrder,” fans assumed she was pregnant and began commenting about her expecting her second child. Her boyfriend, Niko Khale, also went along with the story, retweeting comments about the pregnancy.

Now Cole is confirming she is not pregnant, and says she made the comment because people were calling her fat on social media.

“I kinda apologize for trolling yesterday, telling y’all I was preggo but y’all need to stop body shaming me and saying I’m pregnant every other day!,” she wrote in the post on her private Instagram account which was captured by The Shade Room. “Seriously, it hurts my feelings,” she added.

Cole also commented she enjoyed so many people congratulating her on the fake baby news.

“Thought it was sweet that you all were excited about the news,” she wrote while tagging @NikoKhale.