It’s been a little over a year since America’s Got Talent fired Gabrielle Union as a judge after only one season.  As a result, Union claimed discrimination and misconduct.  Both parties have come to a resolution.  In a joint statement, Union and NBC said, We’ve reached an amicable resolution. NBC Entertainment appreciates the important concerns raised by Gabrielle… Read more » 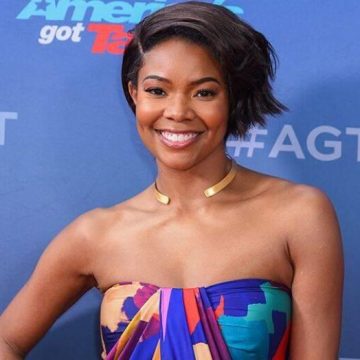 Former ‘America’s Got Talent’ judge Gabrielle Union has filed a new legal complaint against NBC Universal and Simon Cowell. In the complaint, she states that she was fired because she had issues with “racist jokes, racist performances, sexual orientation discrimination, race-related comments, and excessive focus on the appearance of female judges.” Besides that, she also… Read more »

Gabrielle Union is suing Simon Cowell for smoking on the set of America’s Got Talent. Simon has a habit of smoking in between commercial breaks. While the other judges seem to just deal with it, Simon’s smoking was always an issue for Gabrielle. She believes his smoking has put her life in danger. She said… Read more »

Let’s just cut to the chase ‘raht now!  Rumor has it that Gabrielle Union may have been fired from ‘America’s Got Talent’ because her hair styles were “too black.” Gabby’s hairstylist Larry Sims, has come to her defense on IG, posting a video of some of the hairstyles she wore during her run on the show. … Read more »

This situation is snow balling into a really big mess.  We all know that Gabrielle Union was let go as a judge on America’s Got Talent after one season.  Her salary was said to be between 12 million and 15 million dollars.    Now many celebrities including Howard Stern are speaking out about the “toxic”… Read more »