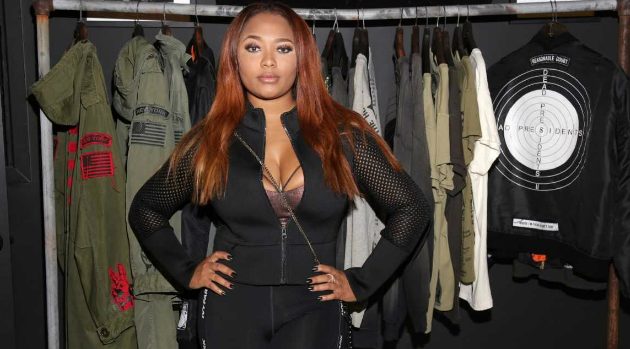 In a press conference on Thursday with her attorneys Lisa Bloom and Walter Mosely, Mari stated that she was filing a police report and lawsuit against her ex and Fiddy, who, she alleges, posted a sex tape and sexually explicit images of her on social media.

The singer added that 50, who happens to be Akbar’s good friend, then re-posted the items, which resulted in her feeling “devastated.”

“I was compromised by someone who I though loved me as much as I loved him,” Marie said at the press conference.

“He’s saying that he didn’t do it, but I know in my heart that he did. And even though I want to believe the lies, I have to just stand up for myself or it just looks like I did it. That’s why I’m going full pursuit.”

During the conference, Bloom said in the lawsuit, which is expected to be filed sometime today in California, Marie would be seeking an award of “significant punitive damages” against both Abdul-Ahad and 50.

Prior to the press conference, 50 shared a photo of himself with Bloom’s mother, Gloria Allred, writing, “Oh Lisa stop, don’t make me tell your mom.”

Abdul-Ahad also shared his own cryptic message on Instagram.

“Truth is everybody is going to hurt you: you just gotta find the ones worth suffering for,” he wrote in part, sharing a photo of himself.

Chance the Rapper breaks down the vision behind his film, ‘Magnificent Coloring World’ Read More