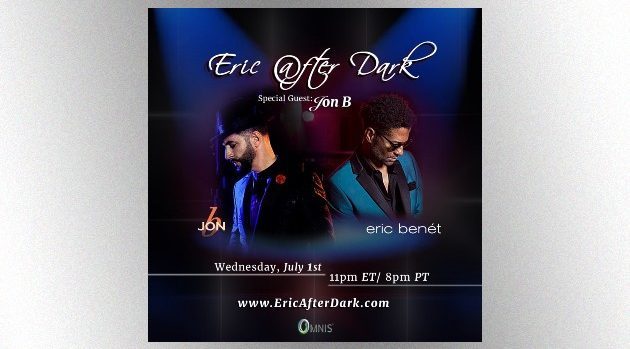 Eric Benet Presents: The First Episode of Eric After Dark.

Tonight Primary WaveNineties R&B sensation Eric Benet will soothe fans at home with a special performance called Eric After Dark.
On Instagram, Eric said “The wait is over! Join me and Jon B for the first episode of Eric After Dark. It’s sexy, it’s soothing, it’s for the grown folks only! Don’t miss it.”

The multi-Grammy nominated artist partnered with Williams Edmonds Media to host the 90-minute special, where he’ll perform a collection of his biggest hits including “Spend My Life With You” with Tamia, “I Wanna Be Loved,” “You’re The Only One,” and “Sometimes I Cry,” which landed #1 on the Billboard Adult R&B Songs Chart in 2008.

The show feature a full band and the live stream starts at 10pm cst.