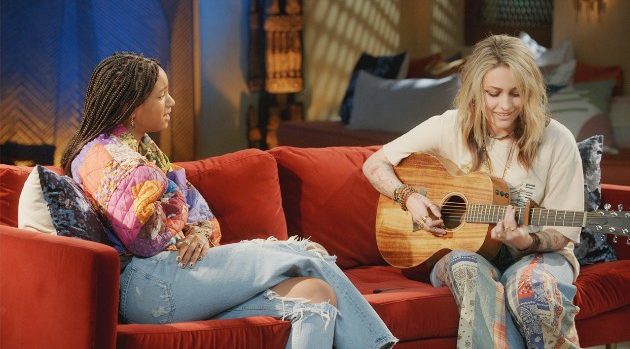 Paris Jackson will open up about the lingering trauma and anxiety she continues to suffer from as a result of growing up in the public eye in an intimate conversation with Willow Smith, who helms her first Red Table Talk Takeover Wednesday.

Paris, the daughter of Michael Jackson, tells Smith, “I experience auditory hallucinations sometimes with camera clicks and severe paranoia and have been going to therapy for a lot of things, but that included.”

Jackson also discussed her sexuality with Willow.  The singer revealed in her Facebook Watch series, Unfiltered: Paris Jackson & Gabriel Glenn back in 2020 that she has “dated more women than men” but “wouldn’t consider myself bisexual.”

Jackson admits that, while the confession created tension between her and some family members, her brothers Prince and Prince Michael II, as well as longtime family friend Omer Bhatti, were quick to offer support.

“They’ve always been super-supportive,” she says, adding that in an effort to better connect with her, Prince Jackson joined a student-run high school club that unites LGBTQ+ and allied youth.

“Not a lot of people can say they have siblings that support them like that,” she declares.