With new album ‘WOMAN,’ Syleena Johnson focuses on her own evolution while empowering others

Expected to be her most compelling work yet, this album embodies the evolution of Johnson as a woman, and will also empower other women to be brave and fearless. Her single “I Deserve More” rallies women to declare their worth and push to be treated as queens.

It’s the beginning of a new phase for the soulful songstress, who ended her Chapter album series — which started in 2001 with Chapter 1: Love, Pain & Forgiveness — in 2014 with Chapter 6: Couples Therapy.

“I feel that there has been evolution within myself as a woman, which is also why I dropped the Chapters,” she tells ABC Audio. “Not because I think they’re bad — I love that part of my life — but because it’s time to move on and evolve.”

WOMAN celebrates Johnson’s accomplished career in the music industry: She’s worked with Anthony Hamilton, Jermaine Dupri, Common and Twista and earned a Grammy nomination for Best Rap/Sung Performance for Kanye West‘s “All Falls Down” in 2005.  She says her biggest blessing has been her career longevity.

“When you sit and reflect back on all these years and all of this music, you just really have to be proud of your own self,” Johnson says. “You know, a lot of times we’re moving and going so much that we don’t take minute, just a beat to say, ‘You know what? I did that!'” she says.

In addition to her music career, Syleena Johnson is also a daytime talk show co-host on TV One’s Sister Circle. She was a cast member of TV One’s R&B Divas: Atlanta and WE TV’s Marriage Boot Camp: Reality Stars. 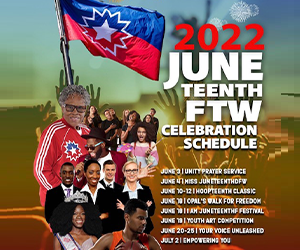