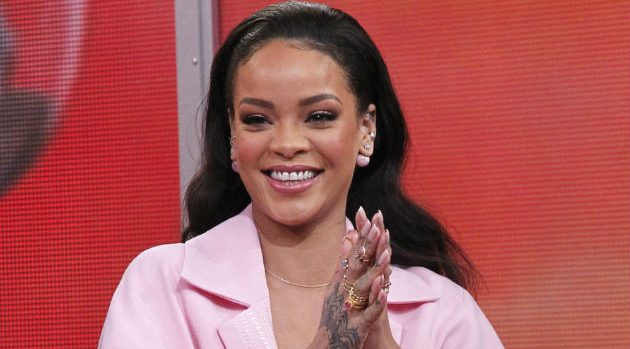 Rihanna‘s Diamond Ball event isn’t just a star-studded party — it’s also a way to recognize those who’ve done important humanitarian work.  Now, the star has announced who’ll be the guests of honor at the fifth edition of the event, taking place September 12 in New York City.

Mia Mottley, prime minister of Rihanna’s home country of Barbados, will receive the 2019 Diamond Ball Award, as will writer and civil rights activist Shaun King.  They’re being recognized for their humanitarian and social justice work.

During her 25-year career in politics, Mottley has empowered women and young people via education initiatives.  She is Barbados’ first female prime minister, and previously served as the country’s first female attorney general, and the first woman elected to lead the country’s Labour Party.

In 2018, Shaun King co-founded Real Justice PAC, which works to elect prosecutors who support criminal justice reform.  He also relaunched The North Star, an anti-slavery publication which was originally founded by Frederick Douglass.

“I am particularly honored to present Prime Minister Mottley and Shaun King with this year’s Diamond Ball Awards for their groundbreaking work,” Rihanna said in a statement. “We are so thankful to them for joining us and making the night better than ever.”

As previously reported, the Diamond Ball will be hosted by Seth Meyers and feature performances from Pharrell Williams and DJ Khaled.  The money from the event goes to Rihanna’s Clara Lionel Foundation, and funds innovative education projects and scholarships, emergency response programs and local micro grants.