Lamar Odom Awake See What He Said To Khloe! 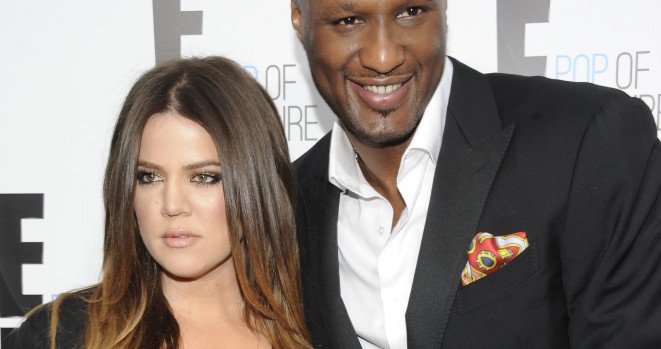 There is good news this morning about the condition of former NBA-star Lamar Odom. Reports from USA Today say the former NBA Champion is awake and has been taken off the ventilator. Although he is not out of the woods yet his condition has improved. His estranged wife Khloe Kardashian has been at his side ever since being notified that he was found unconscious at a Las Vegas brothel.

Khloe had been trying to communicate with Lamar and on Friday there was a breakthrough.

The 35-year-old opened his eyes, said “Hi” and gave her the thumbs up on Friday according to CNN.

The news is encouraging but he was on kidney dialysis and is using a breathing mask according to reports. It is sad to see this man who has endured so much pain, suffering like this but it is great to see that Khloe Kardashian is “ride or die” for Lamar.

Keep him in your prayers.