Joyner Lucas feels like his idol Will Smith on new ADHD track, Will 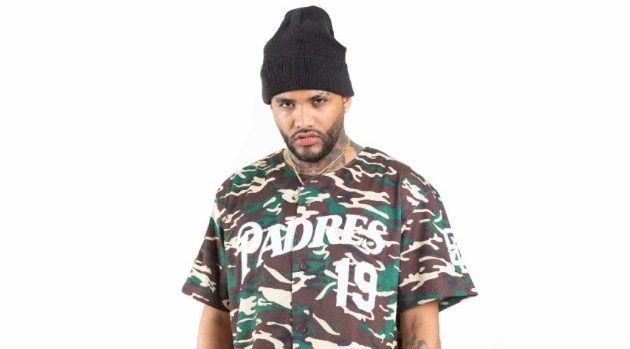 Trevor FinneyFor the latest from his forthcoming ADHD debut, Joyner Lucas shows major love to his idol and music legend, Will Smith, in his new video, “Will.”

Joyner has yet to meet his idol, who’s starred in TV’s The Fresh Prince of Bel-Air, and box office hits like Independence Day, Men in Black, Ali, Aladdin, and the Bad Boys franchise. If imitation is the highest form of flattery, Joyner’s video is the ultimate tribute to Will Smith, as he transforms into a series of Smith’s film personas.

He spent a year writing the song, adding audio from Smith offering his usual inspiring words of wisdom at the end. And the actor noticed — Smith posted a clip of the video on his Instagram, and the comment, “Yo that joint is crazy. Dude, I am humbled and honored.”

Smith went on to mention Joyenr’s lyric, “Yeah, I grew up on a legend and I gotta show it / I learned a lot from him and I owe it /Homie’s my idol and don’t even know it.”

“It has been my intention from day one to really go into the world and just put positive energy and to be able to use my creation to inspire and elevate and empower,” Smith said. “I just love what you’ve done. Its creative.” Smith almost chokes up at the end before saying he hopes to meet Lucas one day.

“Idk if I should cry now or later,” Joyner shared in the comments. He said after the death of late NBA legend Kobe Bryant, he knew it was the right time. “Thank you for everything,” he told Smith.

ADHD drops this Friday, March 27 at midnight, boasting verses from Chris Brown, Fabolous, Young Thug, and previously-released tracks like “Lotto,” “I Love,” and “ISIS,” with Logic.

In trailer for his new docuseries ‘Best Shape of My Life,’ Will Smith reveals he considered suicide Read More