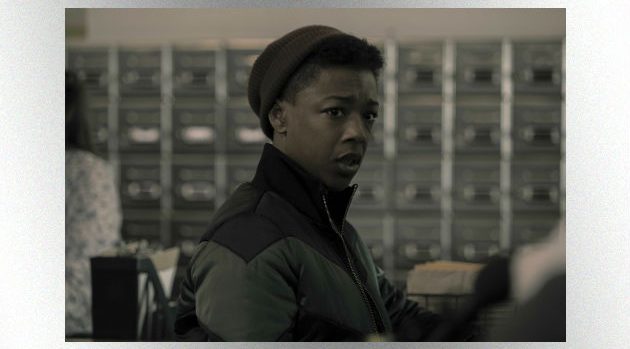 Elly DassasSamira Wiley returns as Moira, an escaped handmaid who flees to Canada, in the third season of Hulu’s Handmaid Tale.

Wiley tells ABC Radio that her character is facing a new set of struggles now that she’s in Canada, including her desire to save her friends she left behind back in Gilead.

“This season she is just grappling with, ‘What can I do to be able to help from this side?'” she says. “And it is a struggle. That is really her arc this season, of trying to figure out what she can do to penetrate over there in Gilead.”

She continued, “And we will see as the season goes along, how she does that, if she is successful, how she’s successful– all of those things.”

The series, based on the 1985 Margaret Atwood novel of the same name, takes place in a dystopian future where the U.S. has now become the totalitarian government of Gilead. Under this new rule, fertile women dubbed “handmaids” are brutally subjugated and assigned to homes of the ruling elite, where they are forced to produce children for the men who own them.

After two seasons of watching those women struggle to escape their captors, Wiley says she hopes this season will also offer a happy ending.

“I think that the characters on the show are in a similar place as the viewers,” she says. “That we’re ready for somebody to just do something. So yeah, yeah….we can look forward to all of those things this season.”

The first three episodes of The Handmaid’s Tale season three are now streaming on Hulu.