Ashanti plans to end 2018 with new film and new music 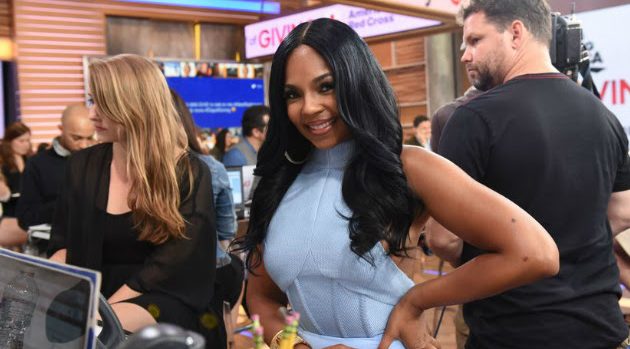 ABC/Paula LoboAshanti has been relatively quiet since she released her most recent album, Braveheart, in 2014, but she plans to end 2018 with new music and a new movie.

In addition to serving as executive producer, Ashanti also co-stars in Stuck with Giancarlo Esposito from Do The Right Thing and Breaking Bad. The film is a musical about six strangers who get stuck on a New York City subway.

In addition, the 37-year old singer makes a cameo appearance in the new Fat Joe/Chris Brown“Attention” video, and she recently released the single “Encore” with her long-time musical partner, Ja-Rule.

It’s been 16 years since the Grammy Award winner released her self-titled, triple-platinum debut album, featuring her number one single, ”Foolish.”  Ashanti continues to tour, and recently performed in the Caribbean and Thailand. She says she’s much more daring on stage now than earlier in her career.

“I’ve become way more confident, way more comfortable on stage and just trying to do things with a little bit more risk,” Ashanti says. ”In the beginning, you’re a little bit shy, you’re younger, you know, crowds are, like, intimidating, but now, it’s, like, y’know, my extended family out there.”

Ashanti’s film Stuck will open in theaters October 26. Her upcoming concerts include October 13 in Portland, October 21 in Detroit, and November 4 in San Antonio.