Pharrell Williams On His Music: Im Not the Glass; I’m Just the Straw 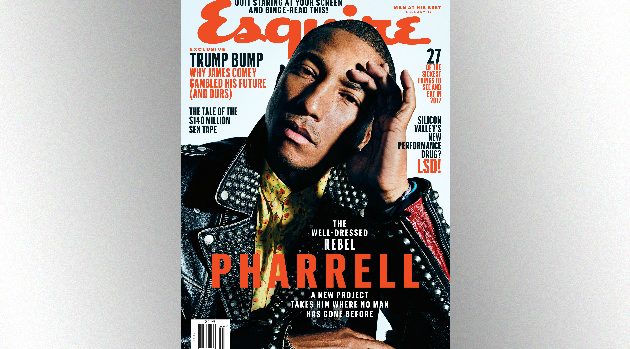 Mario SorrentiEsquire‘s February 2017 cover star, Pharrell Williams, says a number of enlightening things in the new issue of the magazine, including the fact that he perceives his music as a gift, and not something that he actually makes himself.

“It is a deep delusion to think otherwise. I’m not the juice. I’m not the ice that makes it cool. And I’m certainly not the glass. I’m just the straw.”

“The greatest gift is self-awareness. That’s when you realize the beauty of life. If you’re not self-aware, then you’re lost,” the Grammy-winner adds.

In the magazine, Pharrell goes even deeper, expressing his thoughts about the many obstacles he believes women face in this world.

“Women have a lot to carry, right? Including the entire human species. And still they don’t have an equal say on this planet. That’s insane,” he tells the publication.

“Meanwhile, their feelings are suppressed, their spirits are oppressed, and their ambitions are repressed.”

DaBaby is on daddy duty in the music video for More Money, More Problems Read More